We always knew we would love our granddaughter “No Matter What”. We never realized how powerful those words could truly be.

“I love you no matter what.” It’s something we always say to one another in our family, a tradition and a truth. When our granddaughter was born with Down syndrome, we wondered if that might test our maxim. We quickly discovered it only reinforced it.

We remember Juliette’s birthday in much the same way that we remember her older brother’s arrival. Anticipation, excitement and fear. We’re grandparents. We’ve been through the cycle. We know that you can do everything right and things can go wrong, that kids don’t come with a manual, that they don’t always progress “on schedule”, and that all you can really do as a parent is model the behavior you expect and love them.

So the day that Juliette arrived, all of these things were on our mind. Both Brandon and Stephanie work full time. Colleen was able to stay home with our kids. So we worried about how long days end in exhaustion, just about the time your kids need you most. We worried about the world we live in. It’s vastly different from what it was like when we grew up and our parents threw us outside on a Saturday morning saying, “Be home when the streetlights come on.”

But we also knew that things work out. Pain is inevitable in parenting. So is screwing your kids up. We told our two that we were doing the best we knew how, but we would make mistakes. They could blame us for those errors until they were 18. From then on, chasing purpose and happiness was up to them. We were lucky. They both turned out OK.

We were in the room when they brought Juliette in for her debut. The moment we saw her, we knew.

Colleen’s youngest brother was born with Down Syndrome. His constitution included many of the frightening health challenges these children can have. We lost him before he turned 18.

So we were nervous. When they quickly took Jules away to confirm what the docs and nurses already suspected, we did the only thing we knew how to do for her parents. We told them we were there to help in any way they might ask for it. We told them that there was a huge spectrum on the Down Syndrome scale and it would take time to know where Juliette might land. Having fought cancer together three times, we had learned to compartmentalize our fears until there was real reason to worry. And we assured them that:

There are moments of joy in the midst of every challenge.

The fear is the hardest part. You naturally vector to worst case scenarios. It’s easy to let something scary blot out the sunshine in the now, to miss out of the joys of life amid its uncertainties.

How could we teach these things to our children in the days and months ahead?

As Juliette’s diagnosis was confirmed, there was good news. She seemed physically healthy. The really bad things, like heart issues, didn’t seem to be part of her package. And the state of the art in care and therapy has changed dramatically since Colleen’s family had to navigate her brother’s life. Something called “Early Intervention” begins almost immediately, to strengthen muscles, monitor her development and adjust. The state funds much of it during the first three years of life. And the organizations that are dedicated to serving the Down Syndrome community are numerous and capable.

We heard many things from well meaning friends. It’s hard to know what to say. We understood that the advice we received came from a place of love, even if it was sometimes misguided or uninformed.

There were two things that did resonate with us. Ironically they came from one of Colleen’s fellow cancer survivors, a warrior who has fought the monster almost continuously since her diagnosis.

Have the same expectations for your child, but realize that you will be taking “the scenic route” to get there.

That brought back memories of our dads taking the family on the back roads instead of the interstate, “because that’s much more interesting.” We discovered places we might never have known about on the scenic route. There were times we got hopelessly lost and worried about running out of gas. And for a young kid with a short attention span, the longer trip sometimes drove me nuts.

But I remember those vacations much more vividly than the monotony of an endless ribbon of concrete.

We quickly learned that much about life with Juliette was exactly like life with her brother. Eat, sleep and change diapers. That drill was the same. She cried when she was wet or hungry. And she seemed to dish out winning smiles with a frequency that melted our hearts.

We remember her first steps, her first words, the day she could feed herself with a spoon. All of these things are universal. In retrospect, the fact that she did them on her own schedule is something we’ve nearly forgotten. There are many times that I only realize she’s “different” from her age mates when I’m with her at her preschool. They talk in sentences. She still prefers sign language and mono syllables.

But inside that brain, I’m convinced is a genius.

Yeah, I know that’s grandpa talk, but hear me out. She knows exactly what she wants and how to get it. Her memory is sharp as a tack. When she wants to do something she does it, often over and over until it becomes a habit. She’s careful, but in many ways, fearless. She’s as open to being taught as any almost-three-year-old. She gets bored, angry and distracted. But she can focus, too and will go the extra mile for praise.

She’s also a jokester who enjoys stealing your glasses, playing catch and mimicking her mother. She loves to sing and dance and can hold her own with her brother in a wrestling match. She has a great capacity for compassion and is ready to comfort you if you are hurting. She has temper tantrums but is also capable of great patience. She gets colds and temps frequently. Our memory of that part of being a kid is one long procession of earaches, sore throats and colds until they ate enough dirt or built up enough immunity to keep those things at bay. Even when she’s not feeling 100%, Jules is still often eager to play, as if she is determined not to let a little inconvenience get in the way of making most of the day.

In short, she is a lot like our kids were when they were young. She’s just doing things her way and on her own schedule.

We’re a long way from knowing what her long term prospects might be. We hope for the same acceptance, support and opportunity for our granddaughter that all families want for their offspring. The world can be judgemental and some are taught to discount and dismiss people who are not like they are. Things can still go wrong. We’ll cross that bridge when we come to it.

Juliette Pamela is teaching us to live one day at a time, deliberately, curiously and joyfully.

A friend confided in me that he didn’t know how he could be an effective parent to a child with a “disability”. We admit that we’ve had it easy compared to some. But even those who’s road has been a lot rougher report the same thing we feel. This person is our treasured gift from the universe, a spirit on loan that has chosen us to be her sibling, parents and grandparents.

Yes, she comes with unique challenges. But she has become an inseparable part of our family, painting her own beautiful pictures on the tapestry of life. We’ve forgotten what life was like before she came to us.

And we don’t know what we would do without her. 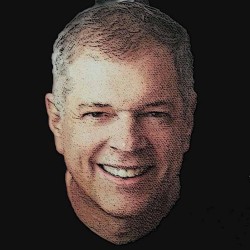 Scott Westerman is a Director at DownSyndromeNation.com. He's husband to Colleen, Father to Shelby and Brandon, Father-in-Law to Casey and Stephanie and Grandfather to Hudson and Juliette. He Lives in Jacksonville, Florida.

3 thoughts on “Life on “The Scenic Route””

Serving families of children with Down Syndrome worldwide.

Juliette gifted these sweet wooden ornaments to her grandparents a few Christmas’ back. To say they are proud to show their unconditional love for her with the world is an understatement. P.S. We want to brag on Grammie, Yes ladies, she did her own nails! #madskills @SWesterman

Happy Thanksgiving with love from Down Syndrome Nation! May your day be joyful and full of blessings!

Our kids are amazing! Don’t count them out!

This week is World Nursery Rhyme Week!
What better way to kick the week off then, than with a little throwback to this video we shared last year of Chloe giving us her take on the ‘Jack and Jill’ story….

👉🏻Check out our new online story on Etsy! We love to show our support and advocate for all people with #downsyndrome. Thank you for your support and wear your cause proudly.
💙💛 Shop here: https://etsy.me/3CIixYm

Happy #DownSyndromeAwarenessMonth
Today we stress the importance of #earlyintervention and giving our kids PT, OT and speech therapy early to help them thrive (although Jules had other plans 😉).

DONATE for a chance to WIN!

💎We are raffling off a beautiful 10k gold #Trisomy21 necklace with genuine blue topaz stones in support of the @DSAJacksonville and Juliette’s Jewels Buddy Walk Team!💎

Aiming to support businesses run by people with #differences! Tune in tonight to get inspired and take action on how you or your company can #dogood @svwesterman

Tune into TONIGHT to @PeacockTV in the US & @Cravecanada to watch the new series #BornForBusiness. Meet 4 #Entrepreneurs with #disabilities who are changing the world, including Collette Divitto of @ColletteysCookies, a baker with #Downsyndrome.
https://youtu.be/GIX8GFu1SOg

I scheduled this post before my social media hiatus! Watch the premiere of the I AM @AlbertEinstein. Storytime on the @PBSKIDS Facebook page or YouTube channel on Friday, July 30 at 12 p.m. ET! @chriseliopoulos

We are fans! Check out http://dsc2u.org (Downsyndrome Clinic to You) in partnership with @mghfc @harvardmed.

Not sure how to talk to your child with #Downsyndrome about puberty or their sexual development? You can find personalized recommendations for how to approach this best through DSC2U. Simply go to http://dsc2u.org to receive customized suggestions instantly.